National Parks Can Be Deadly, Use A Trained Guide

In July of 2010, Donna Cooper and her daughter Gina and friend Jenny set out to visit Scotty’s Castle in a remote part of Death Valley.  For those unaware of Death Valley, it is a national park near Las Vegas that boasts some of the most extreme climate elements on the planet, complete with the recognized hottest temperature ever recorded.  The heat and dryness of the area, as well as the remote and un-populated aspects, taught the Cooper’s a lesson that they would not soon forget, that it is named “Death Valley” for a good reason.

The Coopers drove their Hyundai deep into Death Valley National Park, having packed what they believed was enough supplies to comfortably make the trip to Scotty’s castle and back.  After making it without incident to the gift shop and purchasing some items, they loaded back into the car for the drive back.  What they did not count on was the 121 degree heat and the fact that the GPS they were relying on was not updated to the latest roads in Death Valley (although few are due to ever changing conditions of unpaved roads.) After getting lost following a quick stop at “The Racetrack” which is a famous Death Valley area, the women realized that they were running low on gas and the GPS was sending them into areas that were obviously not correct.  The car ended up running out of gas in an area called “The Big Trees” where the Coopers had taken refuge in an abandoned building, and were facing the perils of the desert at night.  California Highway Patrol did locate them and got them out safely, so the story has a happy ending.

What is to be learned from the example of the Cooper’s experience is that it can be quite dangerous to attempt to navigate the National Parks near Las Vegas without an experienced guide.  Many visitors to the area do not fully understand the desolate nature of the Nevada and California deserts, and just how few people actually live there.  The bustling experience of many people from other areas do not prepare them mentally for this type of environment, and they fully expect plenty of traffic to be present if something were to go wrong.  People unaccustomed to the desert just assume that there is help out there for you if there is a problem, when in reality you are quite alone many times.  The best advice that can be given in order to safely explore these remote areas of the country is to always enlist the services of a guide who is familiar with the area, and always travel in a vehicle loaded with enough supplies and necessities if a problem were to happen.  Getting lost in the desert is not only unpleasant, it can be deadly. 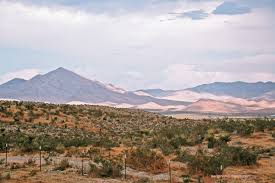 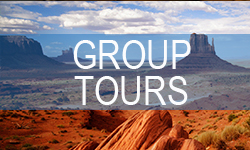 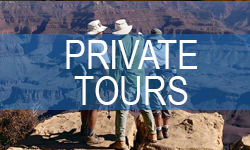 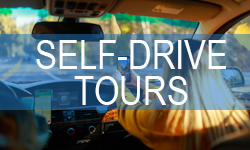