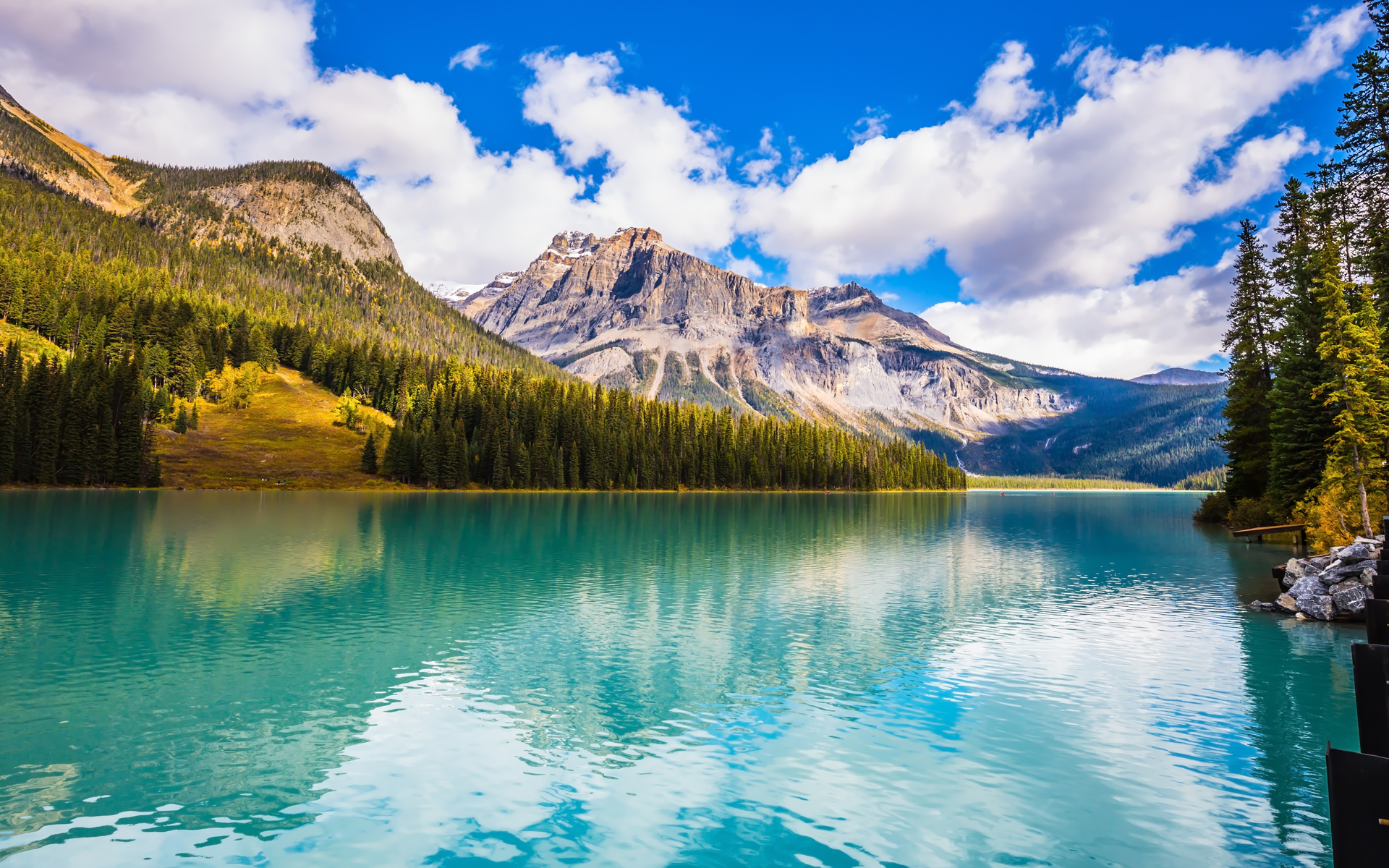 This tour starts in Seattle USA. You may end this tour in Seattle at approx 8pm or Vancouver at approx 2pm on day 7.
Depart Sundays June, July, Aug.
All participants must be 7+ years of age.
Live commentary is provided in English.
A hotel or camping version of this tour is available.
Private tours and Self Drive tours available.
We welcome children over the age of 5 on private tours.
Max group size is 14.

Camping option
From $1490 per person

Hotel option
From $2035 per person 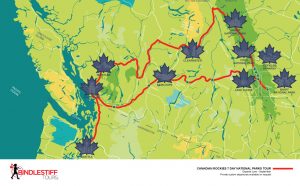 Day 2 – Yoho National Park
The word Yoho comes from the Cree word for awe and wonder as it soon becomes apparent why. Explore trails around the magnificent Emerald Lake where you can take a walk around the lake or simply relax in the lake shore café and enjoy the views. This afternoon we drive the Kicking Horse Pass across the Continental Divide into Alberta. Enjoy panoramic vistas of peaks exceeding 10,000 feet on Rogers Pass at the summit in Canada’s Glacier National Park en route to Banff, our night stop. Banff is a fun mountain town offering some alpine nightlife and numerous cafés and restaurants.

Day 3 – Banff National Park – Lake Louise
Lake Louise is an alpine lake known for its stunning turquoise glacier fed waters ringed by high peaks and overlooked by a stately château. Multiple hiking trails lead up to the Lake Agnes Tea House for bird’s eye views of the lake. Take a hike to the Plain-of-Six-Glaciers, take is easy exploring the lake shore or choose to canoe on these pristine waters. This afternoon visit Moraine Lake in the Valley of the Ten Peaks, at an elevation of approximately 6,183 feet for some epic photos.

Day 4 – Icefields Parkway & Jasper National Park
You are in for a real treat today. Spend the day driving and exploring the Icefields Parkway. This drive offers endless vistas, jagged mountains, glaciers and wildlife viewing opportunities-truly one of the world’s most spectacular drives. Enjoy short walks, views of Bow Glacier and Peyto lake, take an optional helicopter flight over the Columbia Icefield or step out on the Athabasca glacier- this day just keeps on giving.

Day 5 – Jasper National Park
This morning is yours to enjoy Jasper – the largest national park in Canada. Marvel at the snow capped summits and beautiful lakes in this true wild mountain wilderness. Jasper offers an abundance of wildlife sightings, jagged mountain peaks, alpine lakes and numerous hiking/biking opportunities around the famous trails and stunning lake shores. After a full day of activities we follow the Yellowhead Highway, hugging the mighty North Thompson River to our night stop of Clearwater BC. See the base of 12,972-foot Mount Robson (the highest point in the Canadian Rockies) and maybe catch a glimpse of the infamous peak en route.

Day 6 – Whistler & Vancouver
On to the alpine resort of Whistler, nestled at the base of Whistler and Blackcomb Mountains. Today is free to explore all that Whistler has to offer. Enjoy spectacular scenery and incredible photo opportunities as you explore this cute ski town and home of the 2010 Vancouver Winter Olympics.

Day 7 – Vancouver & Seattle
This morning, drive the spectacular Sea to Sky highway for your morning in Vancouver. Tour this great city including the waterfront, Gas lamp district, Chinatown, and Stanley Park. Head to Seattle for your evening downtown or drop off at the departure hotel.
Guests may depart in Vancouver at noon or Seattle when the tour ends.
This epic Western Canada tour ends at approx. 8pm

GO!!!
This phrase was said by the first cosmonaut on Earth – Yuri Gagarin. (Yuri Gagarin)
He was the first astronaut on Earth. He was Russian! …
Now Russia is becoming a strong country, gas pipelines, a vaccine against COVID-19, an army.
Is this very reminiscent of the communist Soviet Union?
How do you think?
Now we have total control in our country. I am interested in the opinion of foreigners.

What young boys and girls get up to online

the www Watch Foundation (IWF) Has released a disturbing report that reveals a crucial number of children some as young as seven are posting explicit images of themselves online and allowing strangers to view them in sexual poses via webcams in their bedrooms.

Over a three month period, anywhere near 4,000 photos or videos were published. a good percentage of these featured children aged 15 and under. Many are believed to be 10 years old, or even younger. The content is vulnerable to being viewed by sex offenders, With some adults encouraging children to use lurid sexual acts so they can view and share the material.

Worryingly, This latest report shows that we may only have seen seniorpeoplemeet login the tip of the iceberg, concerning the online sexual abuse of children.

systems is developing at a rapid rate. It has changed the way we connect to people and increased the access points to our lives.

No longer can you consider your young ones safe when they are in their bedroom at home: chat rooms, Webcams, Online dating sites and iPhone apps present many differenet threats.

The most disturbing problem is because they arm predatory paedophiles with the tools to trawl for potential victims. that year, Vigilante group Dark Justice trapped a paedophile after he provided to meet a girl he knew to be 14.

Social media furniture, apps, Phones and other devices can all have their security lost.

There have always been incidents where baby monitors have been hacked as a result of users not changing the default settings, Which allowed visitors to dial in remotely. Webcams and similar devices are also vulnerable to socially engineered hacks.

Such methods are becoming more and more advanced and normally involve individuals being tricked into clicking a link on a website, Or in a message. This then installs malware on their machine and results in the hacker gaining access and control of the computer, sometimes including webcams.

Young girls are as of late vulnerable

Sexting is typical for teens

unfortunately, The vulnerabilities do not lie within the devices alone. Social media plays an amazing role.

Facebook has arguably redefined the meaning of Before its existence, A friend was someone you knew in real life (Probably for several years), Trusted implicitly and was part of your close knit group. A friend was considered a strong tie; Someone with whom you might share intimate secrets.

at this point,soon? You can become with someone at the as easy as pie.

I have written before about the concern of children valuing popularity over privacy and how they aim for as many online friends as possible. Whether these people know these friends is irrelevant and this poses a significant threat. Even if they have never met the person don’t know anything about their new contact and cannot reasonably trust them young girls still allow them access to their lives.

Through my look at Digitalis, An online report management company, I have also found there is pressure put on young women to pose naked and share explicit images.

I have spoken to the emotionally vulnerable family of a teenager, Who was filmed as a boy enjoyed a sex act on her. The video and still images, Which captured a graphic and unpleasant close up view, Were posted online and became the first google search for her name.

And I have advised the mother and father of an 11 year old girl, Who was being contacted by strangers on Instagram.

One incident I found involved a teenager, Who began an online romanntic relationship with a man she’d never met. This is comparatively commonplace, don’t forget, With dating internet site and apps such as Tinder.

yet, in order to virtual exchanges, when trust was built, He began to force her to send him intimate images.

‘Everyone how does it’

Boys are the culprit too

at first, He said we were holding for his eyes only. When he was met that one could (reasonable) opposing force, He wondered her trust before justifying it by saying does it

In his final energy to convince her to send explicit photos, he was quoted saying that he’d rather look at her than see online pornography. She felt obliged but her initial fears were realised when he posted a long time online for the world to see.

Once publicized, Such images can become incredibly tough remove. The perpetrator may take measures to hide their identify, Software can assist with automated burning and images can be hosted in foreign jurisdictions. 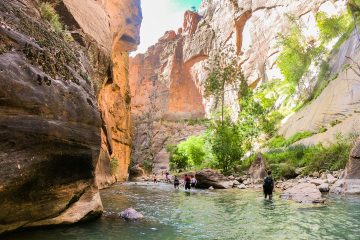 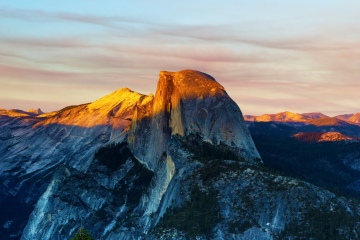 Departs and ends in San Francisco.